The Eyestalkers are a colony of watchful eyes. They stare unblinking from their window out into the world, tracking all passersby walking to and from the city centre. The staring eyeballs on stalks are there as a visible manifestation of all the invisible surveillance people are walking into when they go into the city, like the many hidden cameras or systems tracking your phone. The Eyestalkers aim to create a tangible sense of being watched, to bring the surveillance out into the open, to create that necessary and warranted sense of paranoia that is lacking because of the elusive nature of modern surveillance. Because of their erratic, jerky movements they are real eyecatchers, so they are seen by all while seeing all. Eyestalkers is a FRONT404 project. 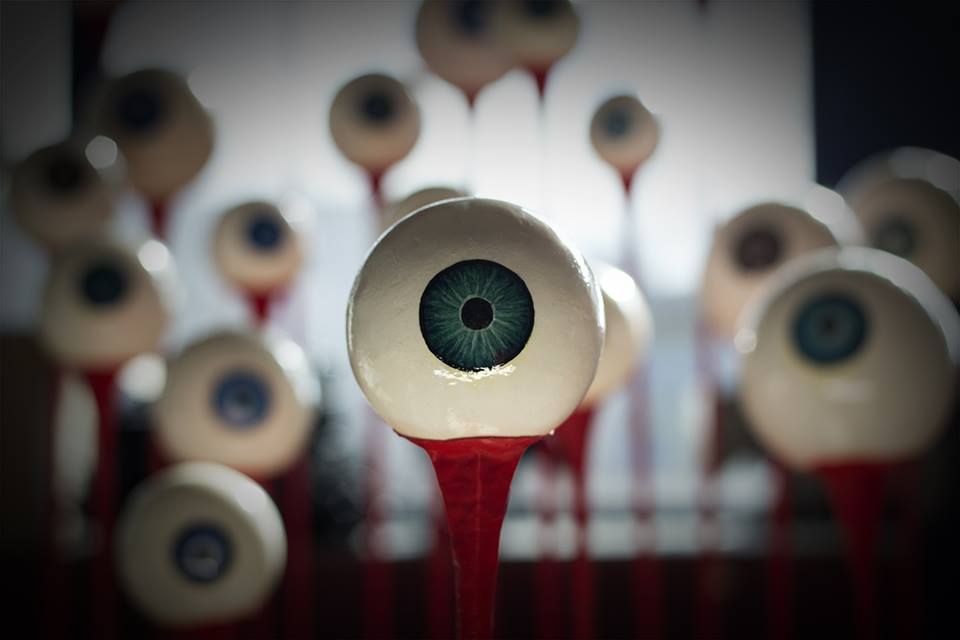 Put on your Oculus Rift VR-goggles and jump on the bike, it’s time to go on a Citytrip! With Citytrip you can explore a fantastical, alien city by riding a bike. By pedaling and steering you navigate through the virtual reality as if you are really there. Fly through the air by pedaling like a mad-man and hitting the ramps, or use the bicycle bell to jump from building to building. Explore the city on the ground or navigate the twisting aerial pathways and cycle along the top floors of skyscrapers. Set your own goals, create your own challenges and have fun! This project was a collaboration between FRONT404 and Andrius Sta. Watch Citytrip being enjoyed at the New Institute in Rotterdam: For more pictures see http://front404.com/citytrip
Sphere is a curious creature that likes to keep an eye on things. Sphere loves the company of people, but he’s easily distracted and needs constant stimulation, otherwise he gets upset pretty quickly. Sphere is a FRONT404 project. 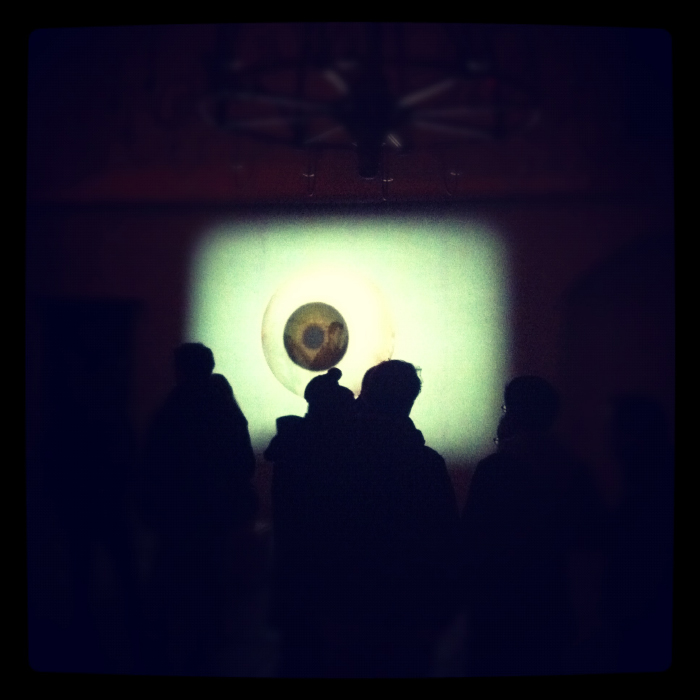 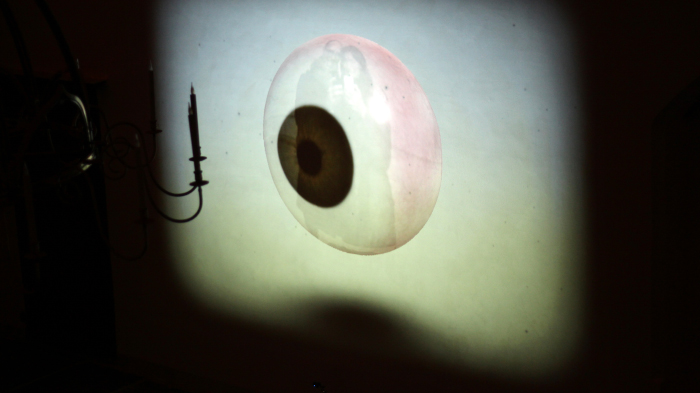 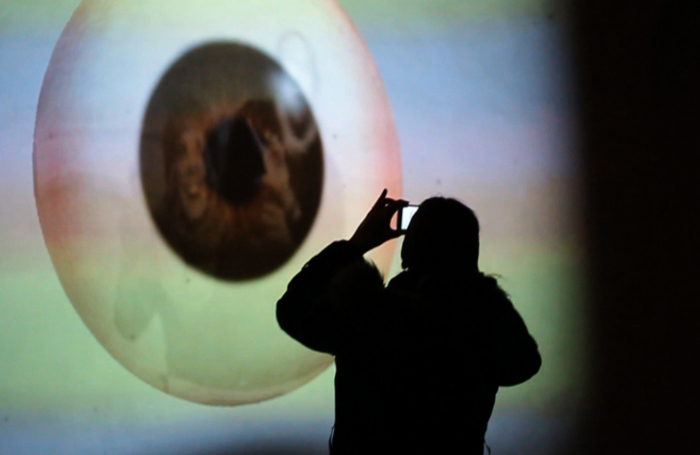 While walking peacefully in the park, enjoying the weather, you’re suddenly blasted by a green explosion of happiness! Suddenly you’re surrounded by a cloud of flowers gently floating down. You’ve stepped on a Plantmine, and the explosion of flower confetti serves as an instant party to celebrate that you live in a country where you don’t have to worry about stepping on a real landmine. The flower confetti contains flower seeds, to create a permanent happy and colourful spot in the place of the plantmine explosion. The plantmines are a FRONT404 project. 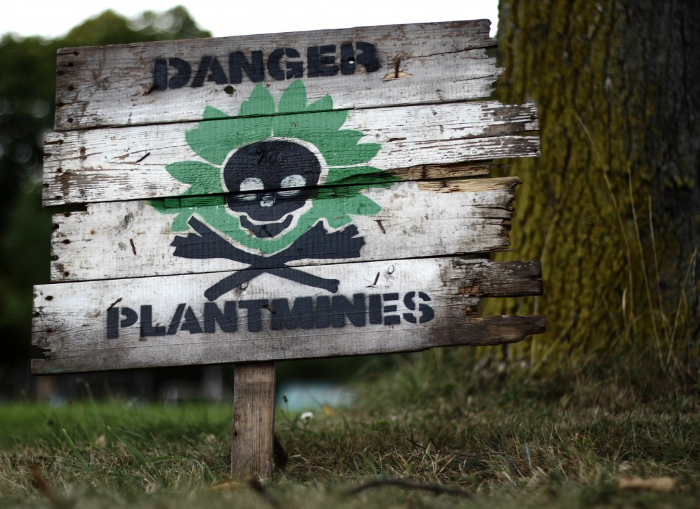 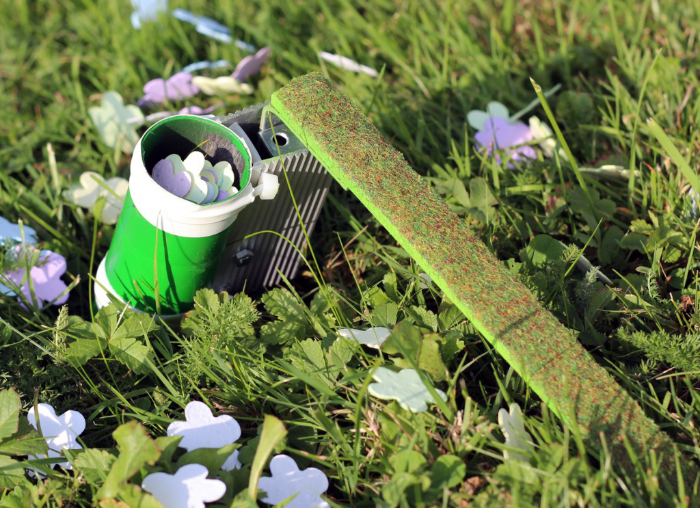 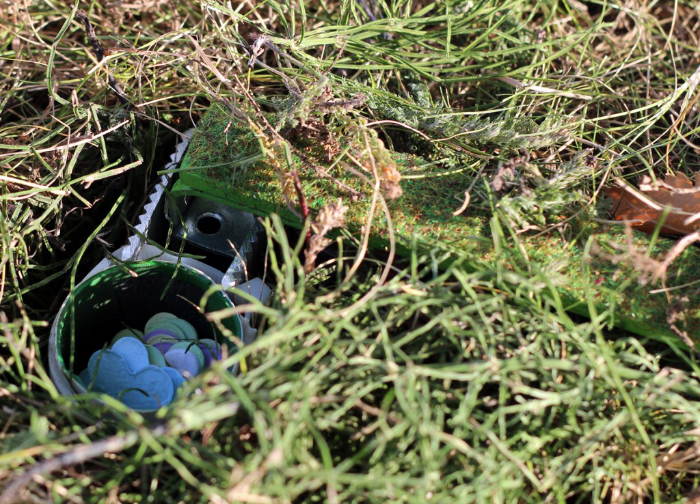 In Citylights visitors use coloured lights to create relaxing dreamlike visuals and soundscapes. By moving the lights around they leave light trails and change the sounds of the sleeping city. Made together with Thomas voor 't Hekke as FRONT404. 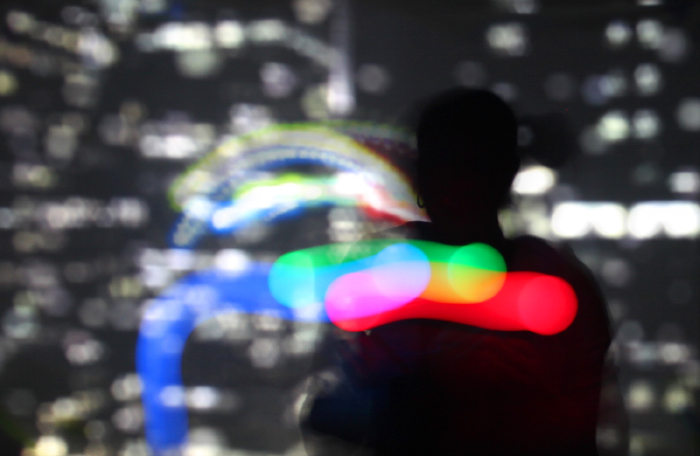 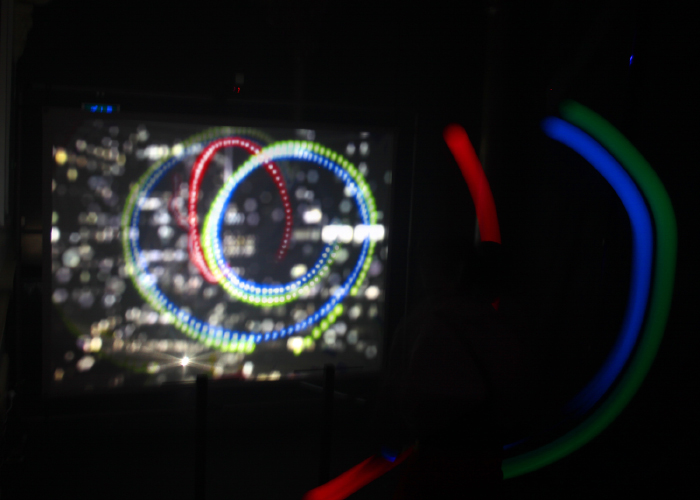 This is an interactive installation I made for Wouter Johan van Leeuwen. When a visitor steps onto the stage they hear applause and cheers from big crowd of people. 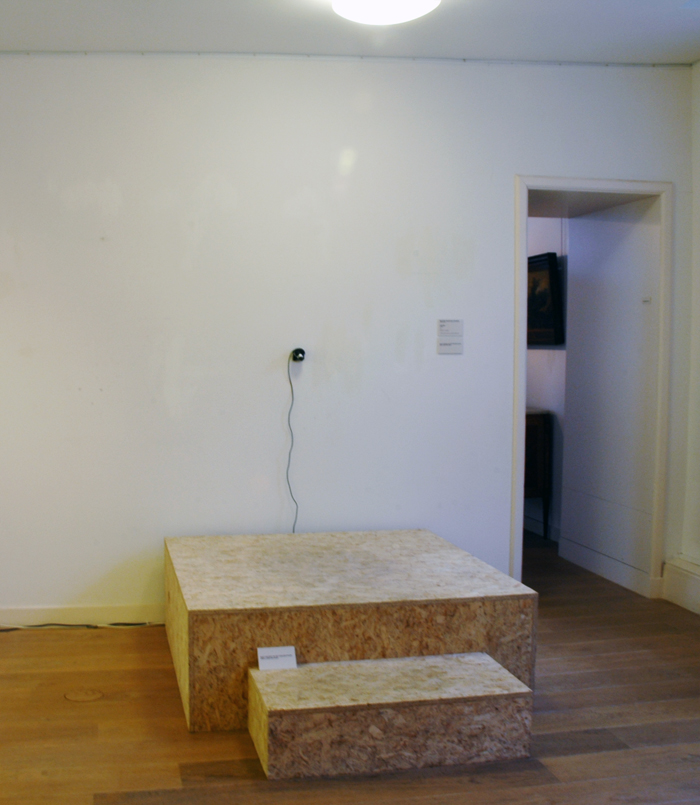 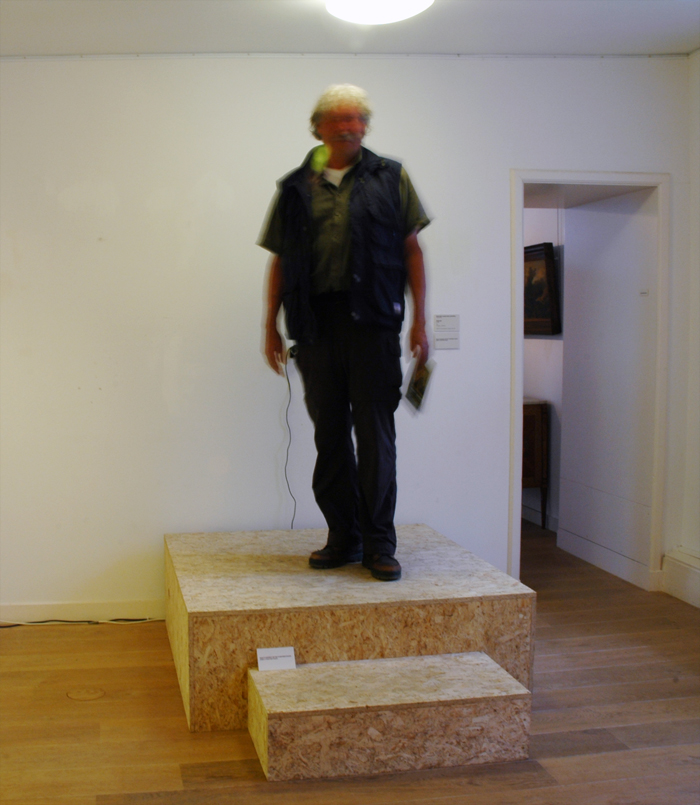 Thomas voor 't Hekke and I, working under our new name FRONT404, made an interactive video installation based on railway lost and found departments. We wanted to recreate the feeling of mystery and adventure of the famous old train voyages, like the Orient Express. Using a vintage railway lantern visitors illuminate a lost and found cabinet, searching through the objects within. When discovered these forgotten objects tell stories of their past lives. The video below shows the installation at Rocket Cinema Festival. Because of the locations of the festival, including the railway museum in Utrecht and the First Class Grand-Café in Amsterdam Central Station, our installation fit in very well with the general atmosphere of Rocket Cinema.
panoptICONS addresses the fact that we are constantly being watched by surveillance cameras in city centres. The surveillance camera seems to have become a real pest that feeds on our privacy. To represent this, camera birds - city birds with cameras instead of heads - were placed throughout the city centre of Utrecht where they feed on the presence of people. In addition, a camera bird in captivity was displayed to show the feeding process and to make the everyday breach of our privacy more personal and tangible. Made together with Thomas voor 't Hekke as our graduation project at Utrecht school of the arts. Also see the panoptICONS website. 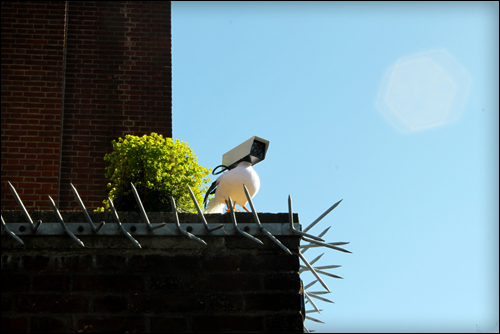 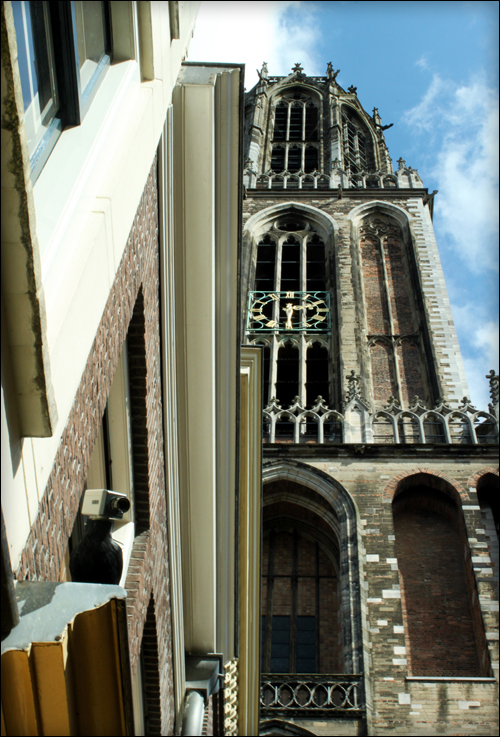 This is an interactive installation Thomas voor 't Hekke, Remco Bos, Jan Jonk, Tim Terpstra and I made for the Dutch non-profit company Globalicious.  I built all the electronics and software for this project. The Chemistree plays sad music, but when you hug it the music starts getting happier and the tree starts waving its branches around in a happy dance. It also starts opening its flowers. The more people hug it, the happier it gets. We presented it at two Dutch festivals, Indian Summer Festival and Butter Pieper Festival. At the Butter pieper festival there were a lot of parents with children, so the chemistree had a constant clump of happy, squealing children around it, which was a lot of fun to see. 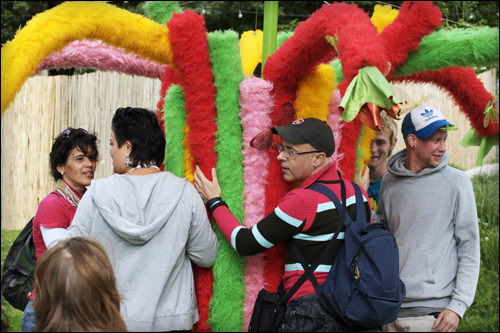 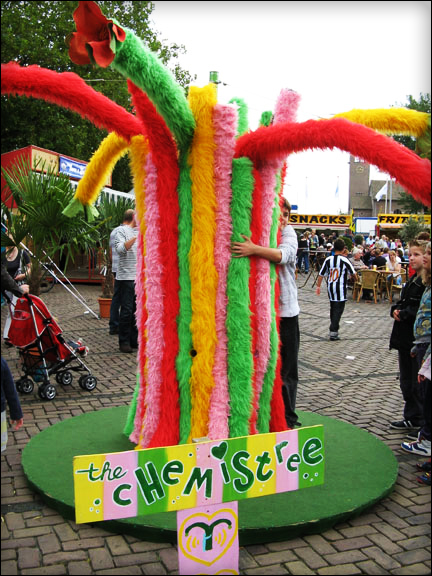 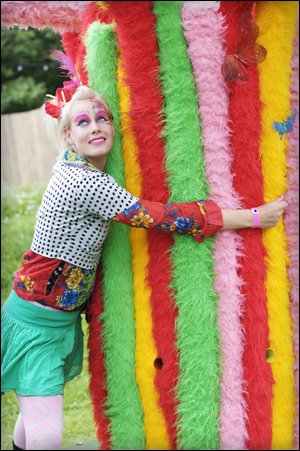