I brewed two batches of beer with some friends, so I had to design some labels. One of the beers is called Rookie Mistake because we left the tap open when pouring the beer mixture into the vat. The other one’s called Koenduimpje, because my friend Koen accidentally put his thumb in the beer after we meticulously cleaned everything to avoid contamination. As you can tell, we’re real professionals. The beers are delicious though! 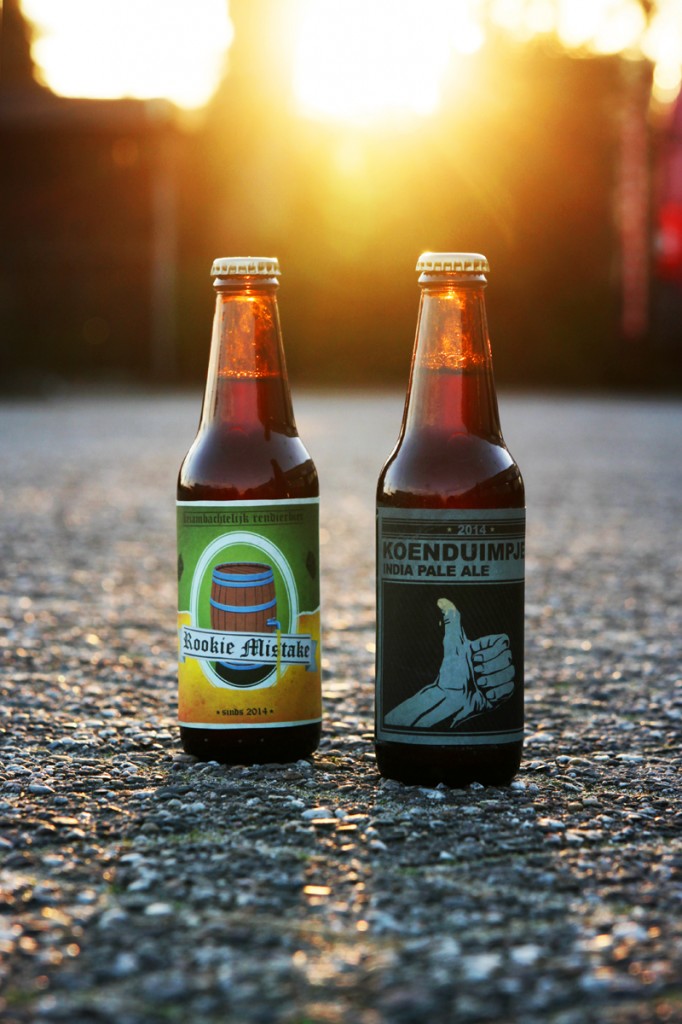 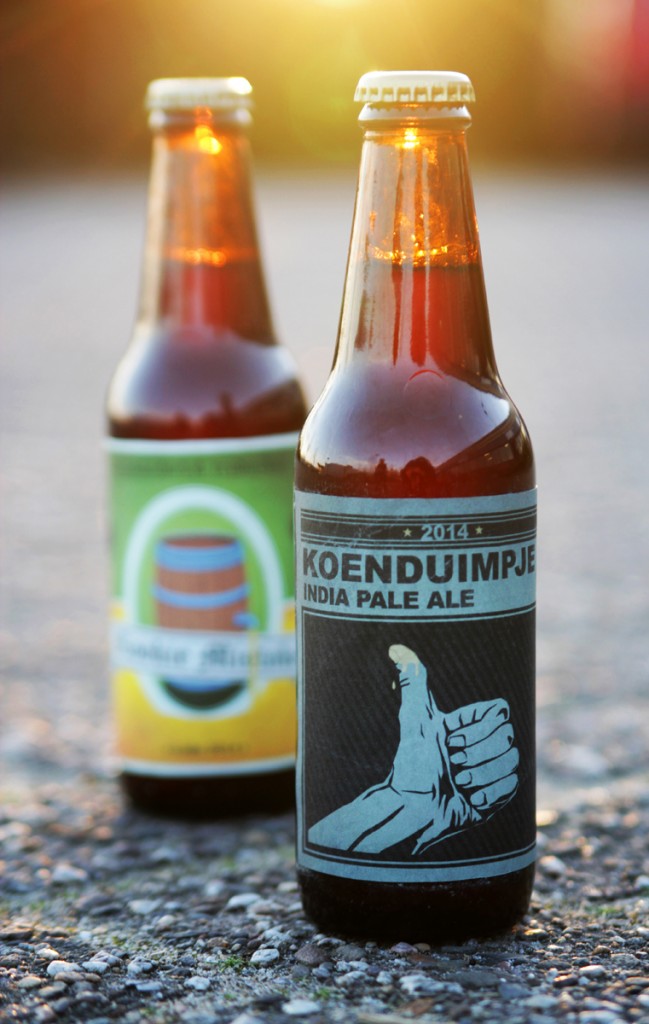 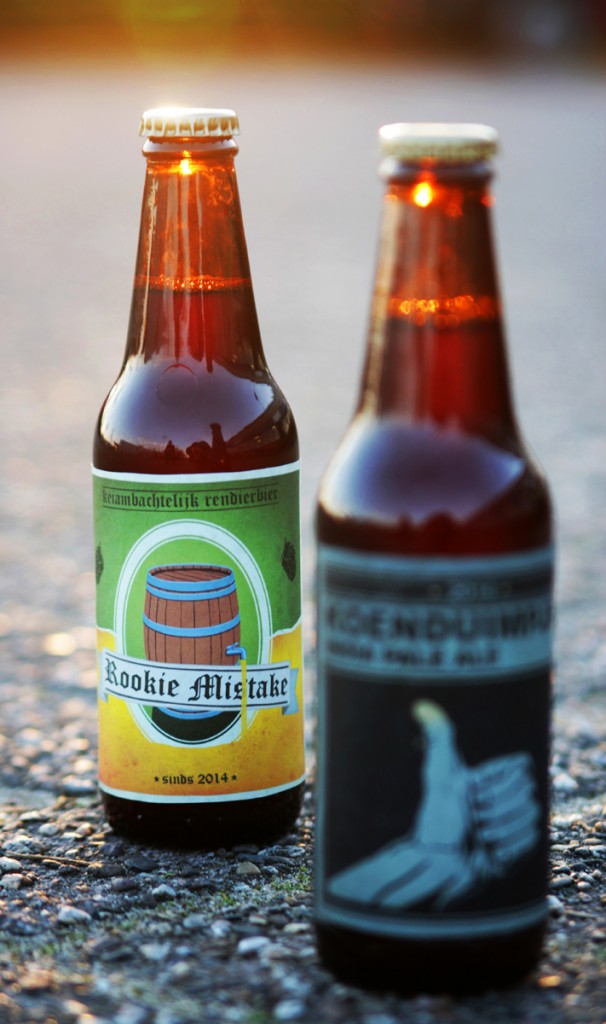 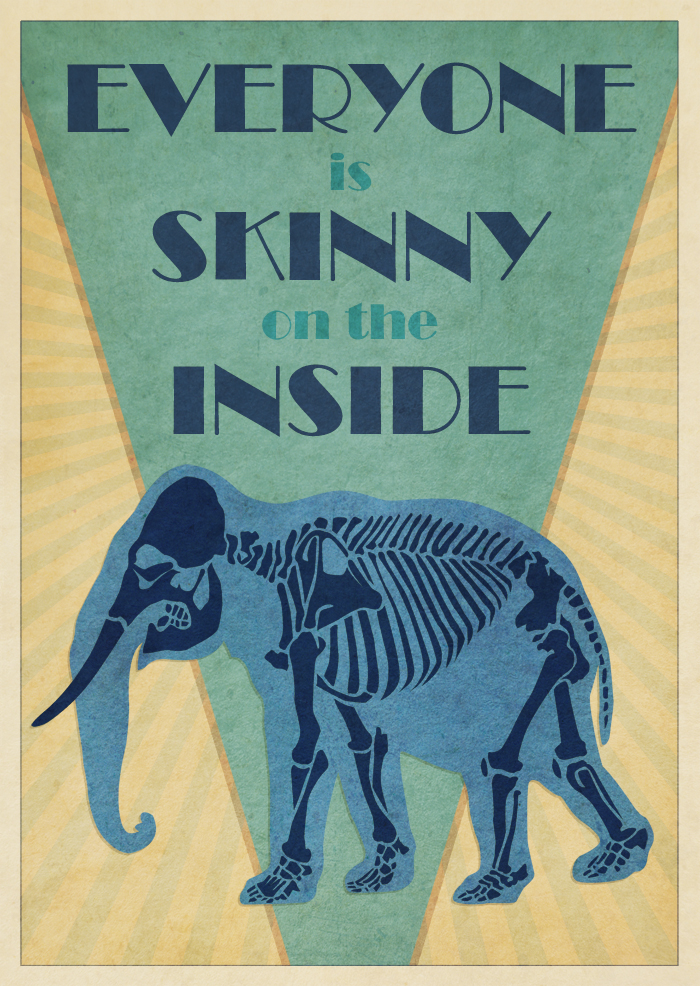 You can buy prints here.
The skyline was beatiful on fire, all twisted metal stretching upwards, everything washed in a thin orange haze. I said kiss me, You’re beautiful, these are truly the last days. Based on the Dead Flag Blues by Godspeed You! Black Emperor. 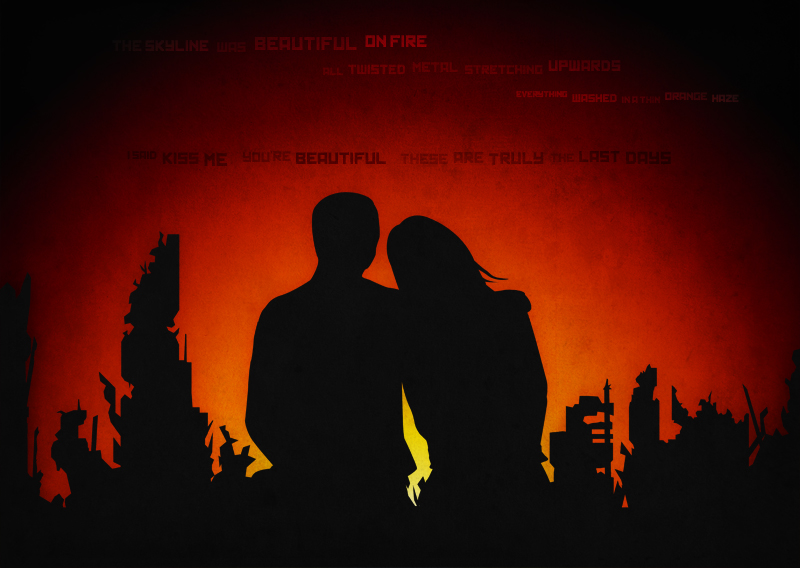 You can buy the print here